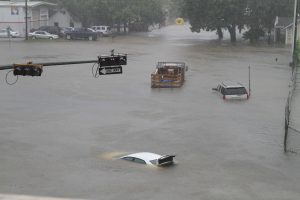 Tuesday, August 29, 2017
Even as flood waters continued to rise and families of the Somebody Cares staff and network had to be evacuated from their homes, Harvey relief operations were fully underway, helping real people with real needs in real time.

We have prayed for many who have had friends or family missing or awaiting rescue, and thankfully, rejoiced when they were located safe and sound. In East Houston, two of our faithful Somebody Cares servants, Clint and Darlene Burkey, spent the afternoon assisting families and individuals as they were rescued by the Coast Guard–so far, there have been 13,000 rescues in Houston. The Burkeys are part of their local CERT, and Darlene is a chaplain trained in crisis care 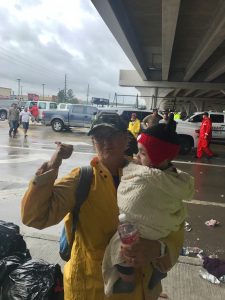 “Stay with me, stay with me,” one young mother said to Darlene as she came off the Coast Guard boat with her 7-month-old son. “She was obviously shaken but so thankful.” After her husband and father-in-law were rescued and joined her, Darlene helped them find transportation to the staging area, where they would be taken to a shelter and receive needed supplies. She also rejoiced and prayed with a family of six who were all rescued together, and comforted a teen-age girl who broke down in tears.

“We saw the church, city government, and every day people working together,” Darlene said. But most of all, they saw hearts touched by God.

There are so many stories like this happening every day, and the summary below of relief efforts doesn’t begin to tell the story of the thousands of grateful people, hope restored, and prayers answered that have been experienced with each tender act. We hope soon to tell more of these stories so you, our amazing partners, can rejoice with us. In the meantime, we hope these pictures tell some of the story. 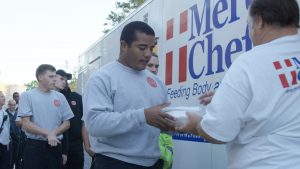 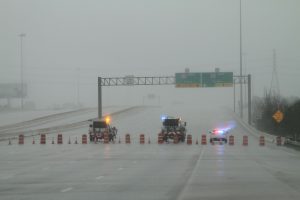 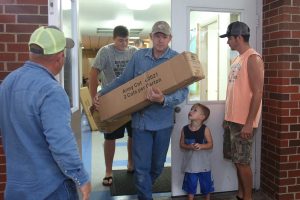 If you have a load of new/approved items to deliver, please email [email protected] with details and where you are coming from so we can direct it to the most appropriate location for distribution.

Please continue to pray for all those affected by Hurricane Harvey; those who are responding with such great compassion, and governmental leaders at all levels who are under tremendous stress to serve so many. Please also consider a generous donation to help with immediate needs and the long road to recovery ahead for millions of Texans! Help Now!