The Somebody Cares concept began in Houston in 1981 when a simple business card reading, “Somebody Cares, call 24 hours a day,” was distributed by founder Doug Stringer and others as they ministered to the lost on the streets of Houston. From there, Turning Point Ministries International began with Bible studies, evangelism outreaches, and discipleship ministries. Soon, the ministry was taking mission trips, planting churches, and sending out international ministries.

In 1994, Somebody Cares Houston was officially formed as the outreach arm of TPMI. Churches gathered city-wide for ministry to the down-and-out by providing food, material goods, and the Word of God. Gang prevention and intervention training was offered to equip volunteers to assist in public schools. Doug  introduced the concept of leaders laboring together to “co-pastor the city,” and churches came together for strategic prayer initiatives, drama presentations, the distribution of 50,000 New Testaments, inner city youth camps, food distribution, prayer door-hangers, and a billboard campaign that saturated the city with the message, “Somebody Cares, Houston. For help, call 713-621-1498.”

By 1997, the Somebody Cares concept had been adopted by other communities and Somebody Cares America and International were born. The first U.S. chapter outside of Houston was organized in Tampa Bay FL, and the first international chapter was birthed in Indonesia. Today, Somebody Cares Chapters and affiliate ministries operate throughout the U.S., and internationally in such locations as Scotland and Fiji.

The extensive Somebody Cares network of chapters, affiliates, and relationships proved to be a critical piece during our response to the tsunami that hit several countries in Southeast Asia in December 2004, as we partnered with local Houston churches and ministries to send over $200,000 in cash and in-kind donations to the affected areas. Our long-term relationships in Indonesia opened immediate doors for Somebody Cares partners to be among the first on-ground with crisis relief in Banda Aceh, an area previously closed to Christians.

Less than a year later, Somebody Cares was a key player in the relief efforts of Hurricane Katrina, facilitating the distribution of an estimated $30 million of in-kind gifts and donations. SCA helped hundreds of churches and ministries who were supplying crisis and long-term relief on-site in New Orleans, Picayune, and Southeast Texas, while also aiding over 250,000 evacuees in the city of Houston plus many more who were transported to San Antonio, Austin, Dallas, and Denver. Nearly every year since that time, we’ve provided millions of dollars in aid and in-kind donations to areas in the U.S. and abroad that have been hit by tornadoes, earthquakes, floods and more.

In 2014, Somebody Cares was recognized by Ministry Today Magazine as of the top 21 Most Influential Churches and Ministries in the 21st-Century Church.

Even with the explosive expansion and impact of Somebody Cares around the globe and the diversity of ministries within the Somebody Cares chapters, the vision for Somebody Cares has always remained the same: to unite the body of Christ with the purpose of transforming individuals, families, communities, and nations by being the tangible expression of Christ. Our goal is to equip, empower, and encourage existing ministries in our communities to do the work of the Lord — making a Kingdom impact.

Impact the four corners of the world with Somebody Cares! Donate Now! 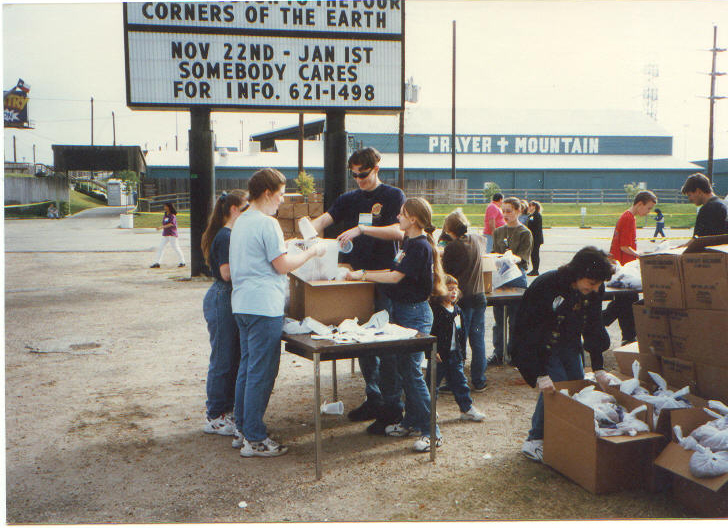 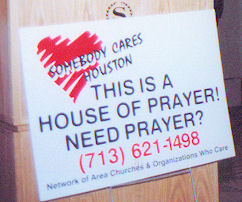