Since 1981, we have been serving the hurting in Houston by uniting the Body of Christ to reach out as a tangible expression of God’s love to them.  Read some of the stories! 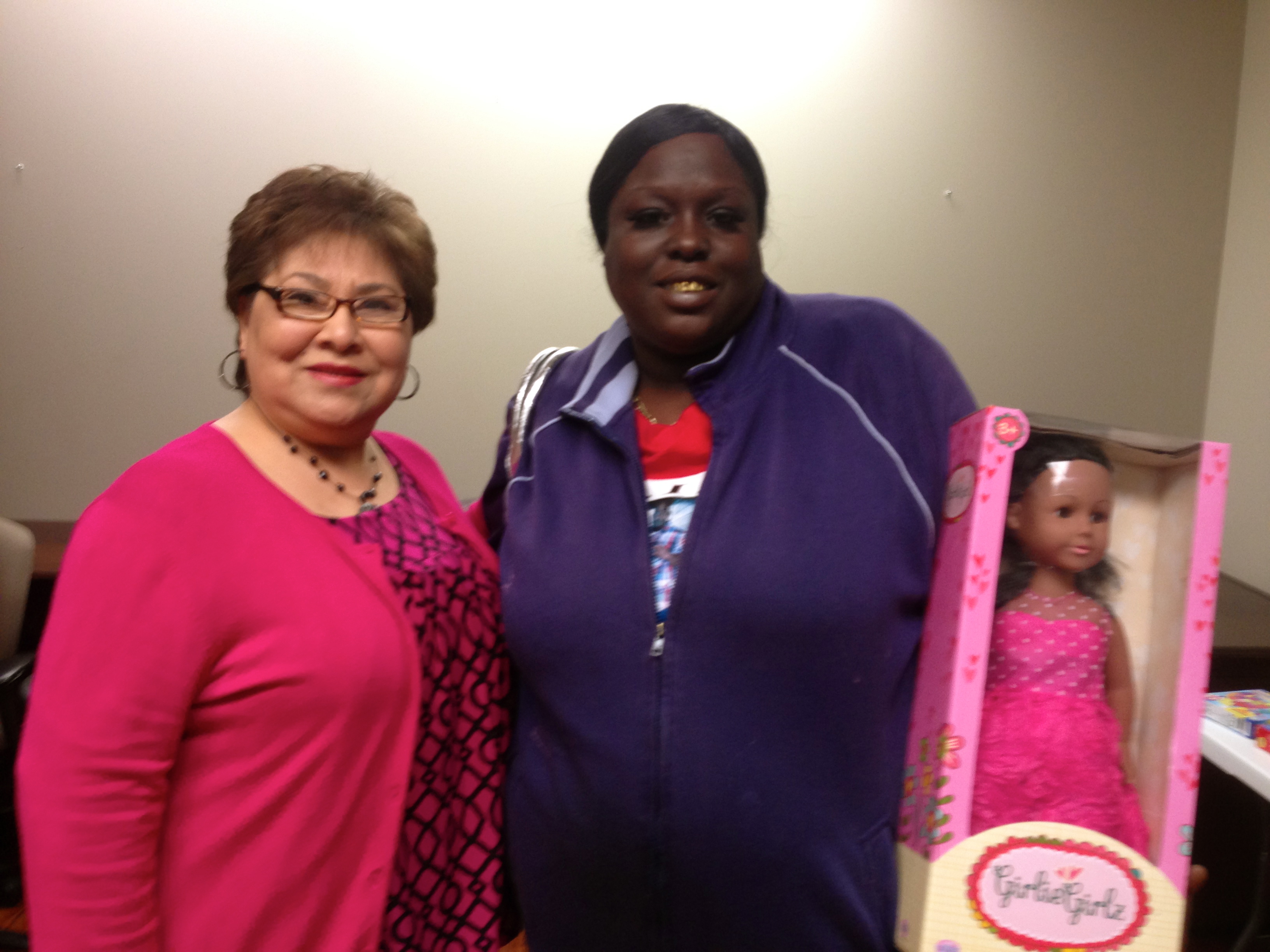 Tricia bent down in a chair, crying and overwhelmed from the difficult times she felt surge over her. Emily, one of the Somebody Cares team, knelt down and prayed for the troubled mother. While on maternity leave from her job two years ago she was told that although she had been with the company 12 years, she could not come back to work.  Now two years later, Tricia came to the Somebody Cares office and received prayer, help, and love at our annual Christmas outreach in Houston. She left with arms full of gifts for her family and a smile on her face.  Read more!

Her name is Sarah. In her late twenties, Sarah is a single-mom of two young boys, aged 4 and 2. We stopped at her station, offering to pray for her as we gave her a hand-written card and small gift. Sarah looked up, and suddenly tears came to her eyes and her story came pouring out. As a single-mom, she was having trouble making ends meet. One month, rent was due and Sarah realized she didn’t have enough to pay it. She had heard from a friend of a way to make good money, and decided to rummage for the business card her friend had handed to her. Two weeks later, here we were meeting Sarah for the first time at a local gentleman’s club, working as a stripper for cash. Sarah is a Christian, faithfully attending church every week and even serving as a Sunday school teacher. But she didn’t know who to turn to when she came a dollar short, and so landed where she is now. Heartbroken, she asked for prayer: “I know this is wrong, and I really want a way out. Please pray for me and my two boys, pray that God will have mercy and provide me with a better job. You don’t know what you’ve just done for me, coming in here to pray for us. I was so down on myself and couldn’t see any way out. Thank you so much!” Read More! 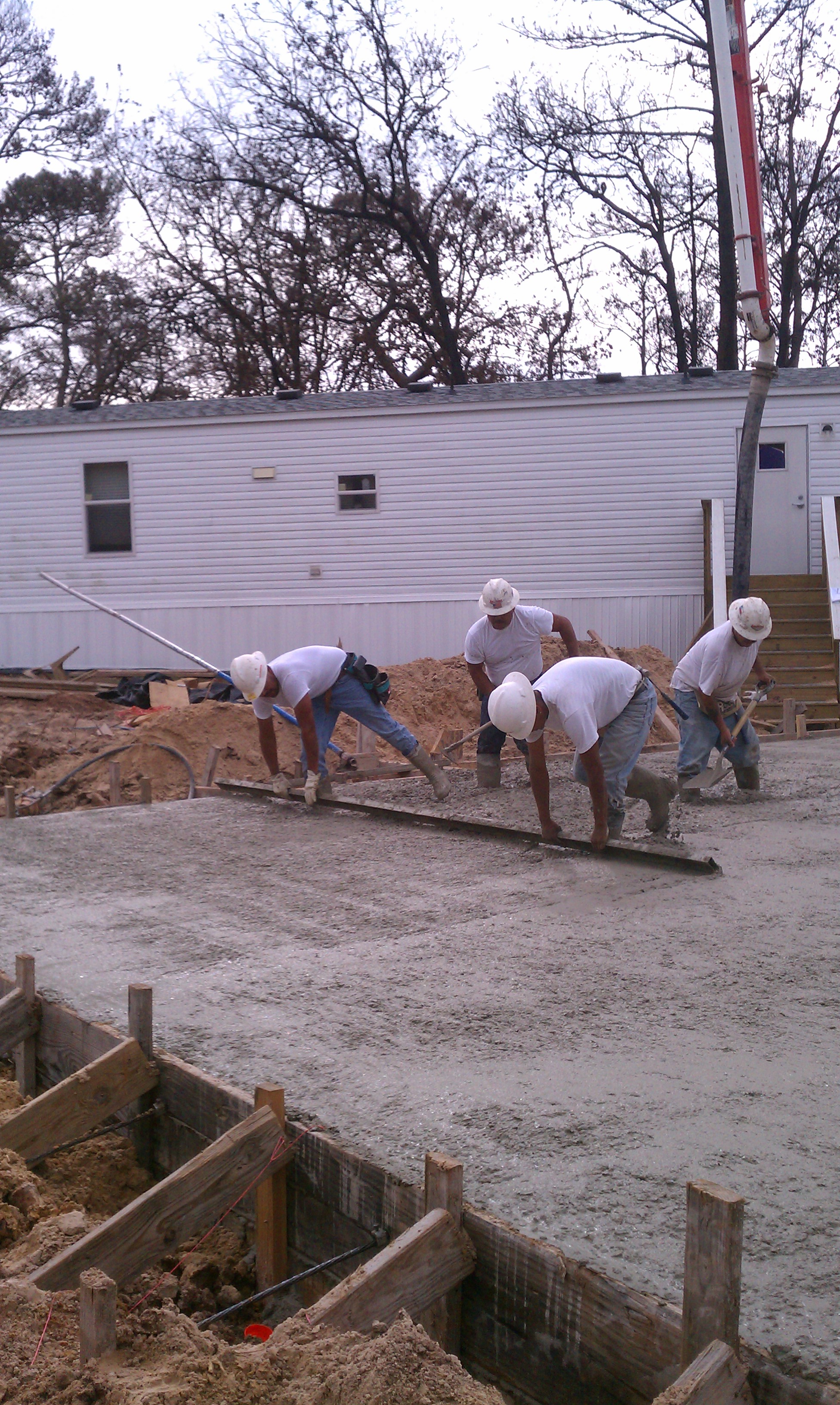 When wildfires raged throughout Texas, leaving families homeless and communities devastated. Somebody Cares and our partner ministries responded quickly to immediate needs even as the fires spread and took many homes. Months later we were still engaged with survivors in Bastrop, TX, as they rebuild their homes and lives.

Among those who lost homes are six pastors and their families. Yet in spite of their own loss, they were quick to put others first, giving all to try to meet the needs of congregants and neighbors who lost homes and businesses. Even now their ministry in the community continues — while shopping at the grocery store, they stop and take the time to reach out to those who have lost much to the fires. They pray with and comfort them, even as they themselves have nothing. Because they too have gone through the fire and are still suffering the results, these pastors are able to share real Truth.  Although they have lost a lot, they haven’t lost the most important thing: their faith and hope in Jesus Christ, and this is what they are able to share with others. Read More! 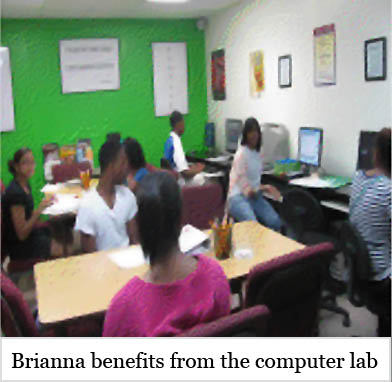 Brianna has upped her average in French class from 56 to 81. Justice was failing three classes, but now he is passing all his classes. Andrien is learning sign language.

These students are among a number of young people who participate in the Fear of the Lord After School Tutorial program at Together We Stand Church in the greater Houston area. Somebody Cares donated computers so the program could launch in 2011.

All of these students will tell you they get much more out of the program than tutoring and computer skills.  Read More!

Praying for and with Our Youth

Gideon and Sara Stanley are founders of Gideon’s Army Ministries for youth, and part of the Somebody Cares Houston network, are reaching and training young people in Houston.

Their desire is to pray for and share the Gospel with the younger generation. Grieved by the growing number of school shootings and youth suicides, Gideon’s Army began iPrayOnCampus in 2013 in an effort to mobilize students to pray for 10 minutes each day at their schools.  Through Somebody Cares, the Stanley’s have been able to connect to many other ministries in the city, which has expanded their work and influence.

Whether we are responding to the needs of individuals, partnering with community ministries, coordinating prayer efforts, responding to disasters, or equipping young leaders, with your support we can let them know Somebody Cares and is there to help!  Join us with a gift today! Donate Now!